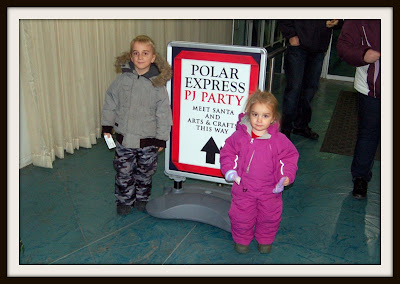 Yesterday the family headed out on an adventure we’ve planned for weeks. We went to see The Polar Express in 3D at the Ontario Place Cineshere. But it wasn’t just the Movie, it was also a PJ party that promised a meet and great with Santa , Art’s and Crafts plus Hot Chocolate. We told Jacob weeks ago that we’d be going on a special adventure with Nana and Papa on the 17th but we wouldn’t tell him where. So as they dressed in their special PJs and climbed into the van they were excited, but a little unsure.

Our little reader spotted our destination before we expected. While getting out of the van in the parking lot he spotted an advertisement for the even on the Ontario Place bride.  We down played it saying the sign said the 26th. Of course we couldn’t hind it any longer when he say the sign pictured above. He’s excitement was a wonder to see. I should mention that the Polar Express has been Jacob’s favourite move for the last 2 years. He watches it when ever he can, he acts out scenes and knows the words to all the song, if not the entire movie.  Of course the movie came out in 2004 so he’s never had a opportunity to see it on the big screen. Last Christmas we look to see if a local theatre was playing it, but came up empty. I didn’t try this time, then Nana found it playing on the Cineshere’s Imax screen and we knew we had to go.  And we weren’t disappointed. It was a great night, and seeing it on the big screen in 3D made it come alive for me in a new way. I’m hoping we can make it a yearly tradition.

While walking through the buildings of Ontario Place heading to the Cineshere I was reminded of my childhood. I have a memory from when I was young, of going to see a movie late at night at the Cineshere, I can’t remember what we say but I remember walking though the building. It was a strange feeling to be doing that with my kids. It’s something I hope one day my kids can do with their own children, though I’m not sure that they will be able too. Ontario Place seems like a shadow of its former self. I spend many a Summer say their and I hope to spend many more with my children. They are planning a major redevelopment of Ontario place, a call went out for proposal’s in 2010, while searching today I found no mention of what’s become of that. I hope what ever they do they can make Ontario Place into a destination that I can take my kids to, and do it before my kids are too old to want to go anywhere with their dad.

Enough about Ontario Place, Let’s look at some of the great photos from last night: 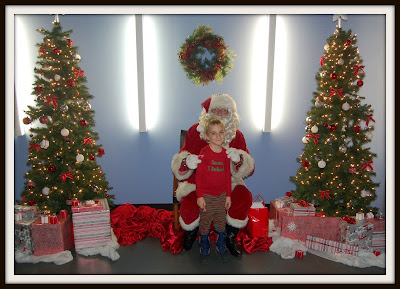 Jacob poses with Santa, once again Violet wouldn’t go near the big guy. 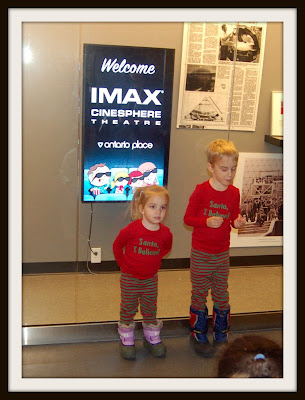 Jacob and Violet pose for a picture, but wont look at the camera 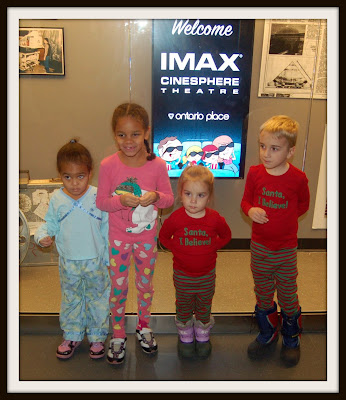 Marlee, Iyanna, Violet and Jacob pose in front of the Cineshpere sign 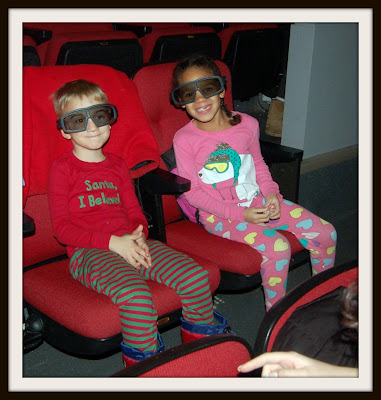 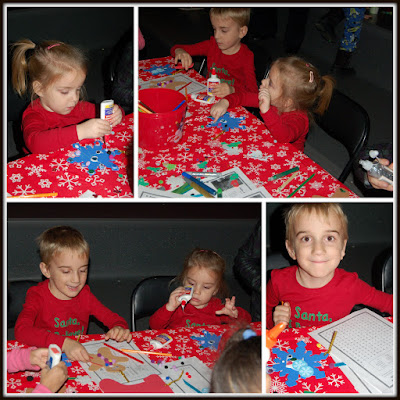 of course there were arts and crafts tables setup for the kids. Violet was in heaven, should didn’t want to stop. 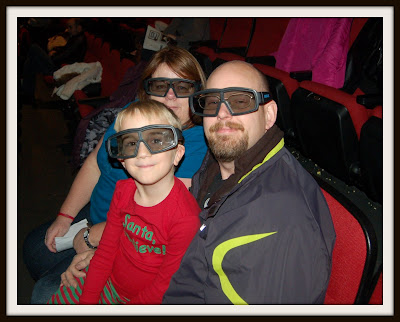 Jacob shows off the 3d Glasses with Nana and Papa. 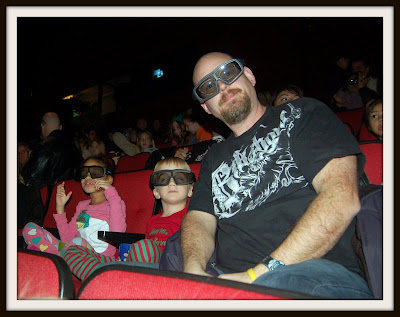 The movie is about to start, time for one last picture. 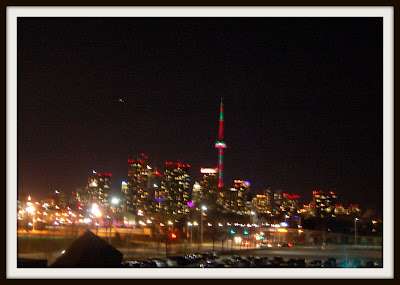 On the way out I tried to capture a picture of the city skyline, all lit up with Christmas Colours.