Today was the first game of Jacob’s house league finals.  It was a hard game for his team,  they played the third game of their first round series Friday night at 7:30 and were back on the Ice  today at 11:30. He’s team played hard, but in the end they fell 4-3. The other team winning it on the last shift. Today’s picture is of Jacob getting on the Ice for his second shift of the game.

Some more photos from today’s game: 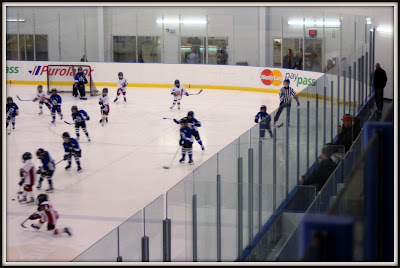 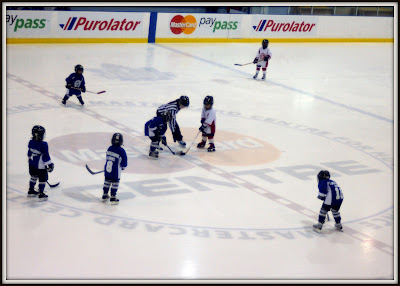 Jacob takes the face-off to start the second period.